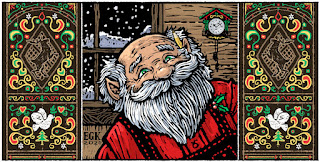 I wish you peace and happiness this Holiday and throughout the New Year.

Posted by Uncle Ernie at 9:25 AM No comments: 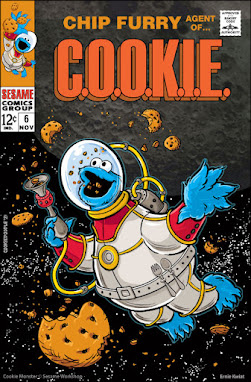 In this, just for fun, CookieDoodle Chip Furry finds himself on a clean up mission, but he doesn't seem to mind. Cookie Monster cuts a fine figure in his spacesuit. Who needs gloves and boots when you are a cute furry, not so little, monster?

In 1968 Jim Steranko drew the cover for Marvel Comic's Nick Fury, Agent of S.H.I.E.L.D. #6. I have read that he meant it as a tribute to one of his artistic influences, Wally Wood. Steranko asked Wood to ink his drawing for the cover but Wood declined, so Steranko finished the art himself. Wood had abandoned his earlier highly detailed style. Wood felt that Steranko's art had too much detail, which ironically had been picked up through Steranko's love of Woods early 1950's science fiction artwork.

Like many young comic's fans in the 60's, Steranko's art and stories seemed fresh but with a nod to the professional comic book creators that had preceded him. I remember the impact of seeing his cover in the magazine racks at Mahoningtown News. That may have been just before I set out for my first year of school in New York City. 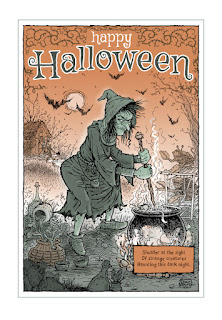 I began drawing witches and finally made this more elaborate composition.  Have a Happy Halloween!

This is actually the first new Halloween art I made this year but I am just getting around to posting it. 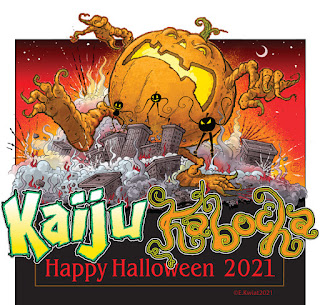 Posted by Uncle Ernie at 8:40 AM No comments:

Here are some of my witch drawings for this year's Halloween season. 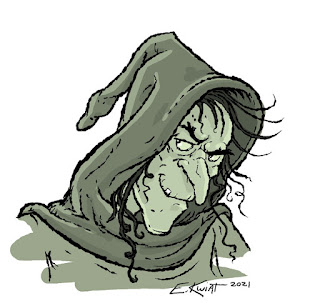 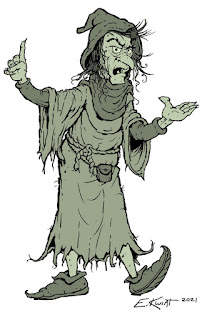 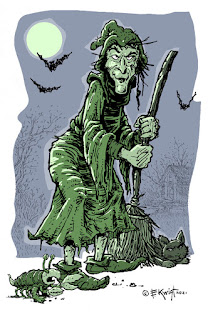 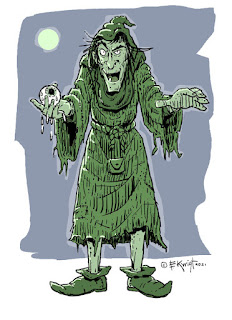 Posted by Uncle Ernie at 8:59 AM No comments: 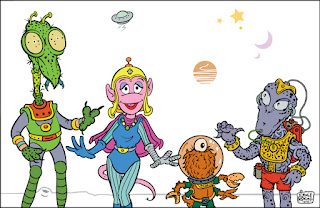 I drew and wrote a couple of "Twisted Tongue Twisters" for this Halloween week. I wonder if I could come up with 24 more! 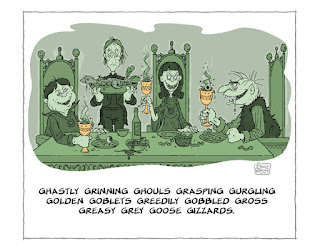 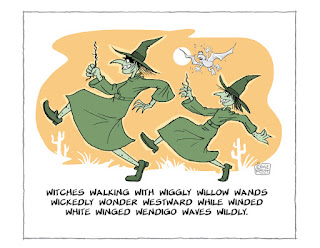 Posted by Uncle Ernie at 4:29 PM No comments: 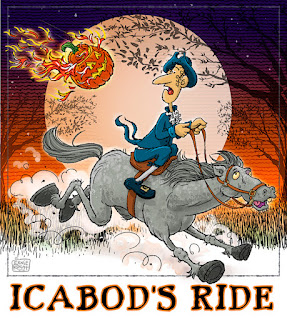 Posted by Uncle Ernie at 8:56 AM No comments:


For many people, monsters and creatures of all sorts are weird things for someone to enjoy; but the dual nature of our personalities and learning to deal with fear and what is uncontrollable in our lives is common to us all. Humor is a useful tool for that purpose.

Contents and original artwork © ernie kwiat.
Other art is used for discussion purposes only and all rights are reserved by their respective copyright holders.